Number eight is the number of luck in Japanese culture. For Tokyo-based illustrator Kimiaki Yaegashi, 'Octagon' has a special and positive feel that also reflects his love of the word SYMBOL, or 'hachi', which is Japanese for 'eight'. Reason enough to further explore this formal principle in his first solo exhibition.

Kimiaki Yaegashi was born in 1972 in Iwate, Japan. With a love of excessive scribbling that started in early childhood, his professional career as an illustrator kicked off immediately after graduating in the arts from Tokyo University.
Featuring a number of recurring themes, Kimiaki's work has appeared in a variety of publications around the globe as well as on several websites. More work can be seen on his website and on his tumblr.
Octagon is going to take place as part of the pictoplasma festival. 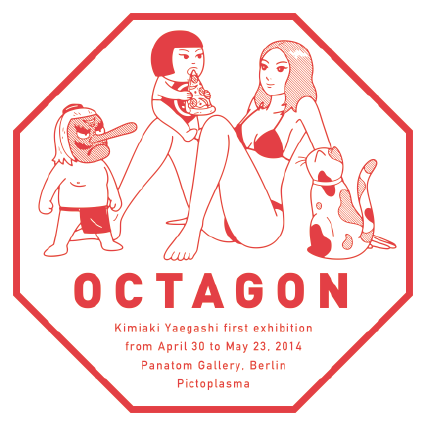